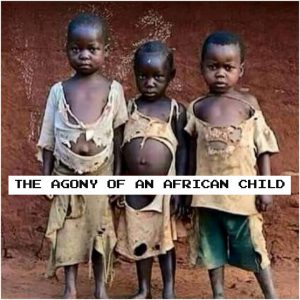 Life in Africa is a struggle for most, in the world’s second largest and second most populous continent after Asia, and life of a needy African child is even harsher. Imagine growing up in a world where you lack the very basics of life like food, clean water, medicine, shelter and safety, not to mention education. It is therefore evident to say growing up anywhere brings its share of problems but growing up in Sub – Saharan Africa for an underprivileged African child is a struggle that is beyond imagination.

Gabriela Mistral a Latin American Nobel Laureat once wrote, ” We are guilty of many errors and many faults but our worst crime is abandoning the children, neglecting the fountain of life. Many of the things we need can wait but a child cannot, to him we cannot answer ‘tomorrow’ his name is today”

Her words are still true today and they resonate deeply in Africa, to be more precise in Zambia. Looking at the lives of the OVC (orphans & vulnerable children) that The Other Side Foundation school deals with, history is just repeating itself. One of our students Moses Kaoma aged 8, is an example of that Penurious African Child that is exposed to these harsh conditions of life at such a young tender age. Despite being in the 21st century having access to advanced knowledge and technology, Children in Africa are more likely to be ill, less likely to be schooled and far more likely to die in their youth due to austere living conditions. Moses lost his father when he was 5 years old. The mother had brought him up and his siblings single handedly in the family house of her late husband.

The struggle Moses went through without a father figure, left many scars in his life. Shelter was not a problem then but having one meal a day and education were. Until The Other Side Foundation school came to the rescue of him and his sister Agnes aged 7 in Grade 1. Schooling came with the access to food with TOSF’s feeding program.

Sad reality of an orphan.

Growing up without a mother and father is the sad reality for 15 million children in Sub-Saharan Africa and Moses and Agnes have become that sad reality ! First loosing their father. And last week the death of their young mother, leaves these children with little hope.

It is very true to say that, when crisis hits, children become helpless and are the most affected, unfortunate victims forced to bear the brunt of such a catastrophe though it is no fault of theirs. Dreams shattered, their future destroyed and their innocence robbed.

Barely a day after the burial of their mother, their aunt threw them out of the house with all their belongings. This is the extent of dehumanization an African child goes through. Spending the winter night in the cold with the pain of not just losing your parents but a shelter too.

They fear of not being able to attend school because their mothers’ relatives may send the siblings to a remote area/village to work in a distant relative’s house or in the fields, where education might not be accessible. Dreams and hopes shattered. Many an African child has this similar fate.

To address the plight of an African child, global citizens must address this predicament and together we must derive at a solution for such marginalized children like Moses and Agnes. How can we channel our ideas, resources and efforts to rescue a helpless African orphan or vulnerable child? The Other Side Foundation has eased the pain of many an African orphan or vulnerable child. Together we can alleviate poverty and prevent inhumane treatment of marginalized children. Afterall they are a child like any other.

As we commemorate International Day of an African Child, let us remember many children like Moses and Agnes who are stranded with nothing but a bleak future awaiting them. Let us proactively make a difference in all the lives of these orphans and vulnerable children .

Tagged with: basics of life • Life in Africa • NGO in Zambia • orphans & vulnerable children • Sad reality of an orphan • The Other Side Foundation School • underprivileged African child