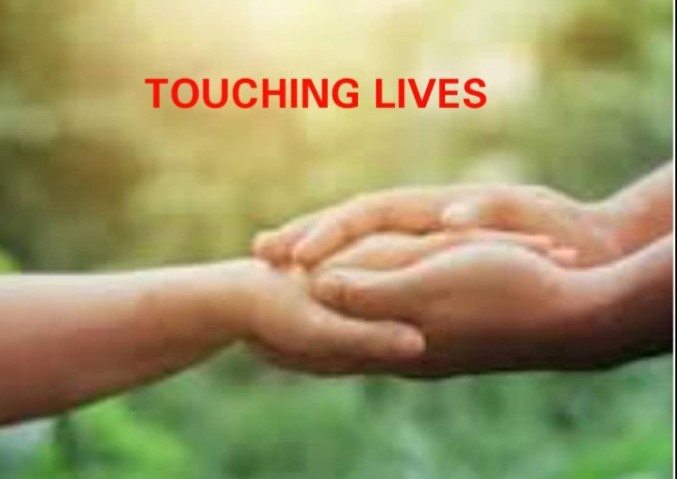 Honestly speaking, many of us will acknowledge to the fact that most of our lives were at some point shaped or influenced by someone who took the time and effort to lend a helping hand, making a significant difference in our lives. And it is no different with most of the families from the 5 communities around Lusaka that The Other Side Foundation reaches out to. These shanty towns like George Compound on the outskirts of the capital of Zambia is overpopulated, has no infrastructure, very often have no running water nor electricity and incidence of HIV and unemployment is extremely high. It is a daily struggle for many impoverished families especially those headed by children themselves, grandmothers looking after several orphaned grandchildren, widows and single mothers with no permanent source of income or combined income being less than USD20 per month.

Below are some of the “inside stories” of how our OVC (orphans & vulnerable children) and their families struggle to make ends meet. 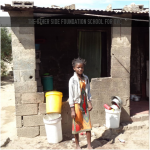 She lost her mum at an early age and her father remarried after Dainess’ mother passed away. The child lived with her step mother and three step siblings for a while until her father abandoned all of them.
This led them to be evicted from the house. This family had to relocate to Dainess’ uncle’s house, her step mother’s brother.
Her step mother washes clothes for people in exchange for food until The Other Side Foundation came to their rescue by giving Mrs Phiri a micro seed capital to start a business that will enable them to have at least 1 meal a day. They were also given a mattress by TOSF so that the children do not have to sleep on the cold floor. Recently this family benefited from the Covid-19 relief food ration packs given to some families

To exacerbate their sufferance, her brother has recently sold the one roomed house they lived in. They have been told to vacate the house by the new owner. They are now homeless. Where do they go from here? 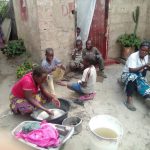 He lives with his mother in a single room. There are four children who live in this house. His father is mentally disturbed. Regardless of his mental disability he still stays with the family because he is not violent. His mother goes to a dumping area where they discard expired food to rummage in the pile to feed her children.

TOSF provided her a small startup capital to sell fruits, which was very helpful but she exhausted the little she had due to the Corona virus. Apart from the initial monetary aid, they also benefited from the Covid-19 relief aid given in April. Would she have to go back to the dumping grounds to look for food to feed her children? 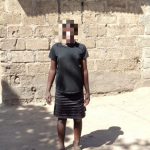 Whose identity has been withheld is 13 years old who lost her parents to HIV/AIDS and was born HIV positive. She lives with her grandmother who looks after 12 grandchildren. They live in a run down house owned by the grandmother who has no permanent source of income except from church, well wishers and TOSF donations. The help TOSF renders ranges from financial support to physical and emotional support. The grandchildren have benefited from clothes donated at our school, food hampers from TOSF school’s Caring Hearts club, mattress and seed funding to start up a business to sustain the family. Will they see light at the end of the tunnel? 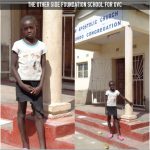 Agnes and her 4 siblings live with their parents.Her father was a bricklayer, due to a stroke in 2017 he became paralysed. Her mother is the sole breadwinner now. Mrs Musanda sells repacked water in plastic bags at 1kwacha (10 US cents). The little she earns is barely enough for food. They had huge arrears in their rental payment which led to them being evicted. This family is now sheltered in a church building but for how long can her paralysed father and the rest of Agness‘ family live here?

Belita Is a single orphan who lives with her grandparents and 15 other family members in a dilapidated family house. Her grandfather sells traditional sieves to sustain the family. Their monthly income is 150kwacha (12 USD). Only 4 of the children attend school.

For how much longer can the old grandfather provide for all of them with his meagre earnings? 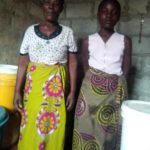 Falesi lives with her three siblings in a two roomed house with her grandmother and mother. Her mother was divorced 4 years ago and due to depression and other medical complications, her mother become bed ridden. The monthly income for this family is 150 kwacha (12USD) per month which they collect by renting out one of the 2 rooms. Once again does that mean in no time this will become a child-headed family? 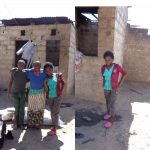 Josephine and her four siblings live with her grandmother in a two roomed family house. Her mother was divorced some years back. Ever since then, this family live in this house with five other family members which brings up the number to eight. Her grandmother the sole bread winner sells local brew of maize meal drink at 1kwacha per cup. The total monthly income is 100kwacha (8USD). Josephine‘s mother used to wash clothes of people in exchange for food but she no longer does so due to the lockdown with the corona virus. To make things worse, the grandmother no longer goes out to sell the local brew because of the health restrictions also due to corona virus. How will this family survive? Will Josephine be able to study on an empty stomach for her grade 7 Primary school leaving certificate state exams this year? How about her siblings? A family of 8 surviving on 8USD per month?

These grim stories are just a few examples of the lives of a handful of our 400 poverty–stricken students. To some it may seem like The Other Side Foundation has impacted their lives in only a very small way but without this alternative would some of them even be alive today? What will be their future?